The Department of Environmental Sciences, in the Karakoram International University, Gilgit was established in 2010. Environmental science is an interdisciplinary academic field that integrates physical and biological science (including but not limited to physics, chemistry, biology, soil science, geology, geography, hydrology and socio-economic dimensions) to the study of the environment, and the solution of environmental problems. Global environmental issues such as climate change, declining freshwater resources, greenhouse gas emissions/air pollution, water pollution, heavy industrial waste generation, rapid depletion of natural resources, heavy deforestation, species extinction and ozone depletion, challenging human existence on the planet earth have urged scientists and policy makers to seek research-based sustainable solutions. Gilgit-Baltistan, located in Northern Pakistan at the confluence of the world three great mountain ranges, namely Karakoram, Himalayas and Hindu Kush, has a unique ecosystem, providing the home to some of the world’s highest peaks and longest glaciers (also known as the third pole on earth). Nature has gifted Gilgit-Baltistan with high mountainous ranges, massive glaciers, glorious rivers, high altitude wetlands, alpine meadows, splendid valleys with unique biodiversity. Gilgit-Baltistan serves as a major water catchment for the Indus River Basin (IRB) upon which major part of Pakistan depends on the agro-based economy and the most critical hydroelectric power generation. Like other mountainous area of the world, climate change is also taking place in northern Pakistan, posing a significant challenge to its water resources, biological diversity, and other highly valued ecosystem services that are critical not only for the people of GB but for more than 18 million people of the entire Pakistan. The flash floods emanating from increasing glacial melt and unusually heavy rains have already had a serious impact on riverbanks and adjacent agricultural fields and human settlements. The impact of climate change is expected to increase in future and so the devastating impacts on our natural resources. Therefore, a department of Environmental Sciences in Karakoram International University, Gilgit, Pakistan is believed to be the most crucial and pertinent academic centre to inform the policy makers at regional and global scale about a region that is so rich in ecosystem services, yet highly vulnerable in terms of climate change and environmental degradation, having implications for millions of human population in south Asia.

The Department of Environmental Sciences envisions to produce scientists and scholars with excellent academic caliber, equipped with contemporary knowledge and professional skills in various fields of environmental sciences, dedicated to serving their best to cope with current and emerging environmental challenges for the overall well-being of the nation and humanity at large.

The department of Environmental Sciences aims at awarding graduate and undergraduate degree programmes in environmental sciences through cutting edge teaching and learning activities for better understanding of contemporary environmental concepts for providing the quality human resource in diverse fields of environment and natural resource management. Upon completing their degrees, the students will be prepared to conduct research in national and international laboratories, field stations, universities, as well as institutes and corporations in the private sector. Graduates may find careers in federal, state, and local government agencies and organizations that are charged with managing natural resources. Environmental awareness among society and especially in students will be of utmost importance as they are future leaders, future custodians, planners, policy makers, and educators of the environmental issues. Parallel to research activities, graduates from this discipline will impart their knowledge at the graduate and postgraduate levels at various educational institutions of Pakistan and abroad.

In very short period of time after its establishment, the department has been able to develop meaningful linkages with national and international organizations and academia in diverse fields of environmental sciences. Some of the prominent collaborators and partners are organizations like Ev-K2-CNR, ICIMOD, WWF, UNDP, NORAD and academic Institutions like numerous universities in Italy and University of Oregon, USA. At GB level the department has close interaction with GBEPA, GB Forests, Wildlife and Environment Department, Aga Khan Development Network, WWF-Pakistan and other conservation organization for numerous research initiatives. 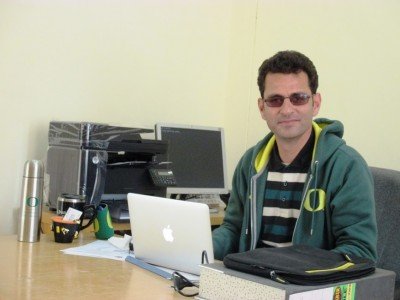 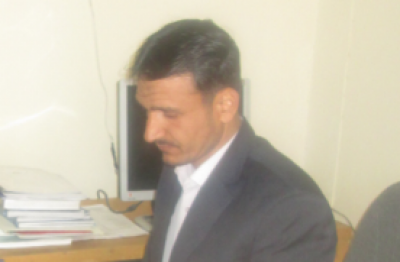